Millions of people around the world will be celebrating Diwali. It’s a time for families to come together, celebrate the triumph of good over evil and enjoy lots of different foods, both sweet and savoury. We know that diabetes and cardiovascular disease is a common health problem in the South Asian population when compared to other cultural groups. During this festive period it is therefore important to remember whilst all these sweet and savoury temptations are there, being mindful of your sugar and salt intake is crucial. To support you through this festive period here are our top ten tips:

Wishing all our readers a Happy Diwali 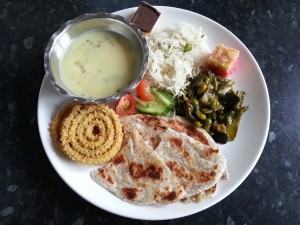 "Nothing can add more power to your life than concentrating all your energies on a limited set of targets."
Nido Qubein
"The greatest mistake you can make in life is to be continually fearing you will make one."
Elbert Hubbard
"Many of life's failures are people who did not realise how close they were to success when they gave up."
Thomas Edison
We know what we are, but know not what we may be.”
William Shakespeare
“We are what we repeatedly do; excellence, then, is not an act but a habit.”
Aristotle
“Be yourself; everyone else is already taken.”
Oscar Wilde
“Believe you can and your’re halfway there.”
Theodore Roosevelt
"Opportunity dances with those who are ready on the dance floor."
H. Jackson Brown
"Every adversity, every failure, every heartache carries with it the seed of an equal or greater benefit."
Napoleon Hill
"No one can make you feel inferior without your consent."
Eleanor Roosevelt
"Man's mind once stretched by a new idea never regains it's original dimensions."
Oliver Wendell Holmes
"There is no failure. Only feedback."
Robert Allen
“To live is the rarest thing in the world. Most people exist, that is all.”
Oscar Wilde
"You only fail to succeed when you stop trying."
"A great attitude is not the result of success, success is the result of a good attitude."
"An optimist sees an opportunity in every calamity. A pessimist sees a calamity in every opportunity."
Winston Churchill
“Positive anything is better than negative nothing.”
Elbert Hubbard
"Its not a tragedy not to achieve a goal, its a tragedy not to have that goal to achieve."
"The largest room is the room for improvement."
"Noone knows what they can do until they try."
"Over half of any battle is won in the mind."
"Luck is what happens when preparation meets opportunity"
Seneca (Roman philosopher)
"We do not learn from experience... we learn from reflecting on experience."
John Dewey
“Health is the greatest gift, contentment the greatest wealth, faithfulness the best relationship.”
Buddha
“Don't find fault, find a remedy.”
Henry Ford
“Happiness is not something ready made. It comes from your own actions.”
Dalai Lama
"A bend in the road is not the end of the road unless you fail to make the turn."
"The person who knows HOW will always have a job. The person who knows WHY will always be the boss."
Diane Ravitch
“Live as if you were to die tomorrow. Learn as if you were to live forever.”
Mahatma Gandhi
"Do not let your fears be bigger than your dreams. The minute your fears get bigger, you will not fulfill your dreams."
"Tough times don't last tough people do."
"We are what we repeatedly do. Excellence then is not an act, but a habit."
Aristotle
"Every mistake or failure is an opportunity to learn something new."

This website uses cookies to improve your experience while you navigate through the website. Out of these, the cookies that are categorized as necessary are stored on your browser as they are essential for the working of basic functionalities of the website. We also use third-party cookies that help us analyze and understand how you use this website. These cookies will be stored in your browser only with your consent. You also have the option to opt-out of these cookies. But opting out of some of these cookies may affect your browsing experience.
Necessary Always Enabled

Any cookies that may not be particularly necessary for the website to function and is used specifically to collect user personal data via analytics, ads, other embedded contents are termed as non-necessary cookies. It is mandatory to procure user consent prior to running these cookies on your website.